India’s Sherwin Rodrigues finishes sixth at Scrabble’s world championship
Sherwin Rodrigues, India’s top-ranked Scrabble player, finished a highly commendable sixth out of 105 players at the recently concluded 2021 edition of the biennial World English-Language Scrabble Players Association Championship (WESPAC), the effective World Championship of competitive Scrabble, which was held from 20th November to 5th December. This was the first time that the tournament was held online, considering the exceptional global circumstances.

The 32-year-old from Mumbai, who is also the reigning national champion, made it to the quarterfinals by virtue of finishing eighth in a hard-fought group stage, where each player played 32 games across two weekends. Rodrigues collected 21 wins with an impressive spread (difference between points for and against) of +1477, and though he lost his final game by 53 points to Will Anderson of the United States, his compatriot Udayan Grover ensured his passage into the knockouts by beating his nearest challenger, Dave Wiegand of the United States, in his corresponding last game. The quarterfinal stage saw Rodrigues play group stage topper Peter Kougi of Australia. He started off with a 479-398 win in the first game, but the Australian came back to take the series 3-1 and ensure the semifinal spot. A narrow defeat in the third game was particularly agonising, as reflected in a scoreline of 437-431. Rodrigues’ final position of sixth was decided by his quarterfinal performance.

Besides Rodrigues and Grover, who finished 17th, there were six other Indian players in action at the WESPAC 2021: Madhav Gopal Kamath (40th), Mohan Chunkath (55th), Suyash Manchali (62nd), Nakul Prabhu (64th), Sanjoy Gupta (78th) and Kala Ganesh (91st). Madhav and Suyash are juniors, aged 11 and 12 respectively, but they more than held their own in remarkable fashion.

The WESPAC 2021 featured players from close to 30 countries including India, Pakistan, Sri Lanka, Thailand, Malaysia, Singapore, Australia, New Zealand, Nigeria, Canada, the United States, and the United Kingdom. The final ended up being a Trans-Tasman affair, with Alastair Richards of New
Zealand edging out Australia’s David Eldar 4-3 in an exciting best-of-seven contest.

The previous edition of the WESPAC in 2019 was hosted by India at the Peddem Sports Complex in Goa.

The 2017 edition in Nairobi was won by Non-Resident Indian Akshay Bhandarkar (representing Bahrain), who beat Nigeria’s Moses Peter in the finals. Rodrigues’ sixth position is India’s best ever finish at Scrabble’s world championships and comes a little over three months after youngsters Madhav and Suyash produced India’s best ever finish at the WESPA Youth Cup – looks like ‘‘achhe din’’ are definitely here for Indian Scrabble!

Issued by: Rustom Deboo
Joint Secretary
On behalf of the Managing Committee
Scrabble Association of India 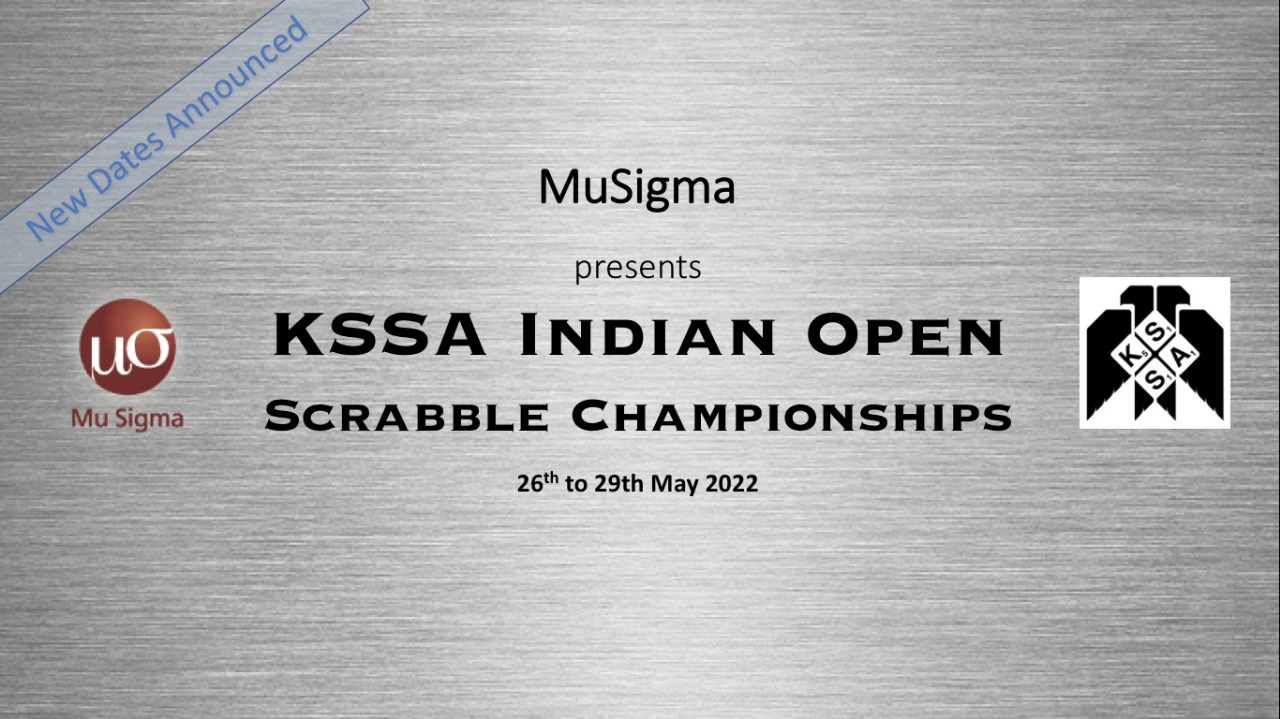